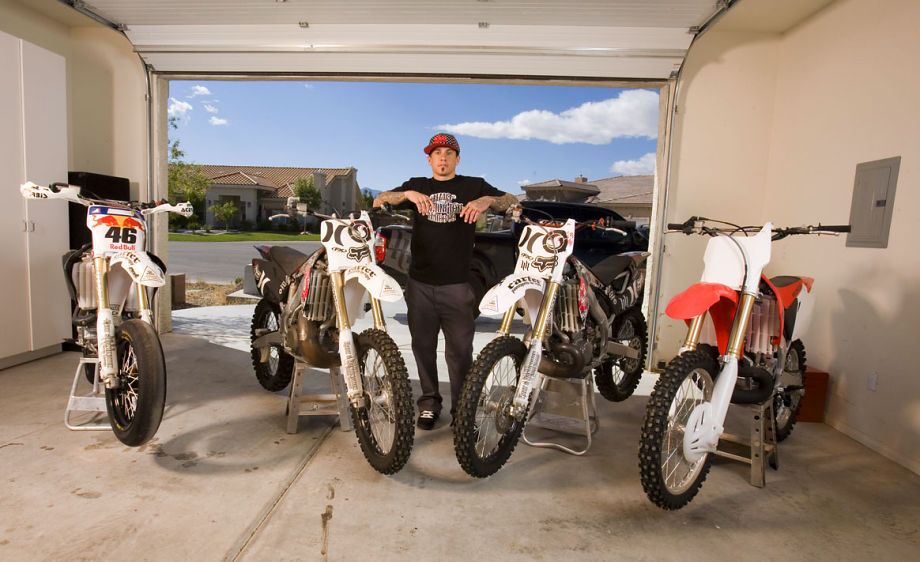 Carey with his bikes in one of his garages of his home in Las Vegas.He is one of the world's best known freestyle motorcross rider.He appeared on the reality show "Inked", and is married to the singer Pink. 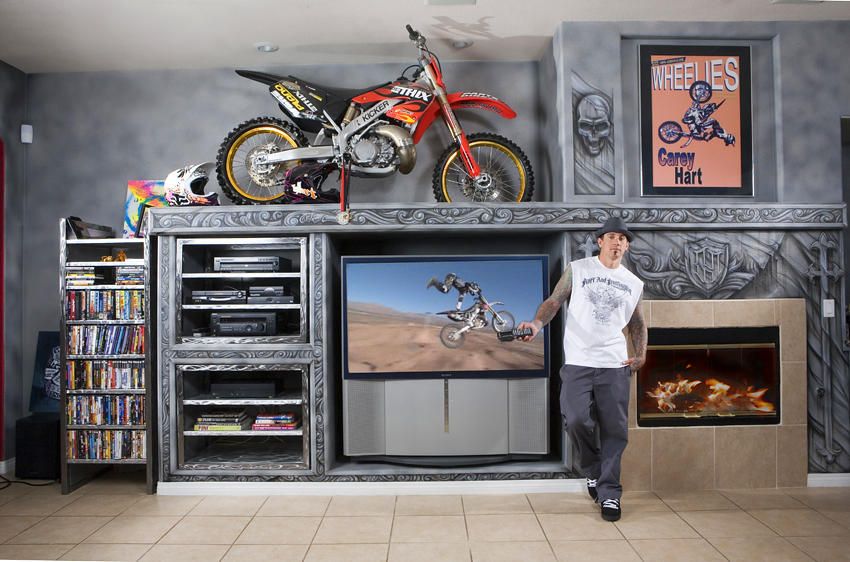 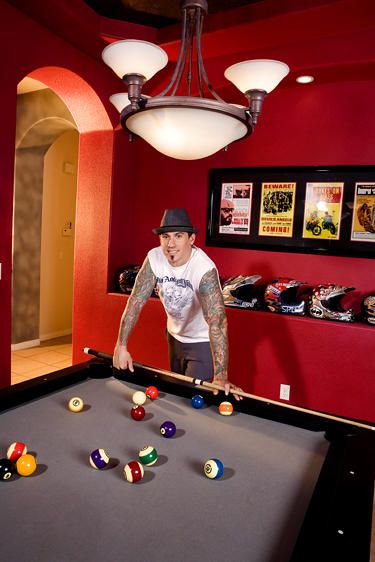 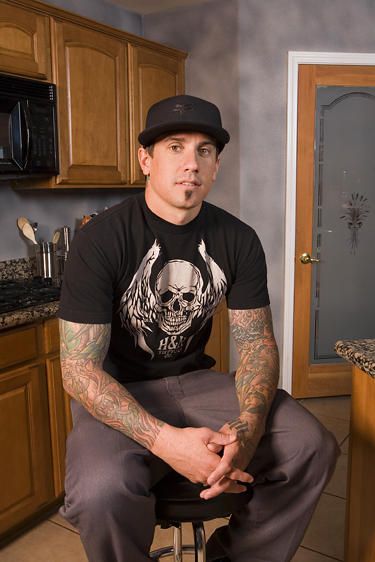 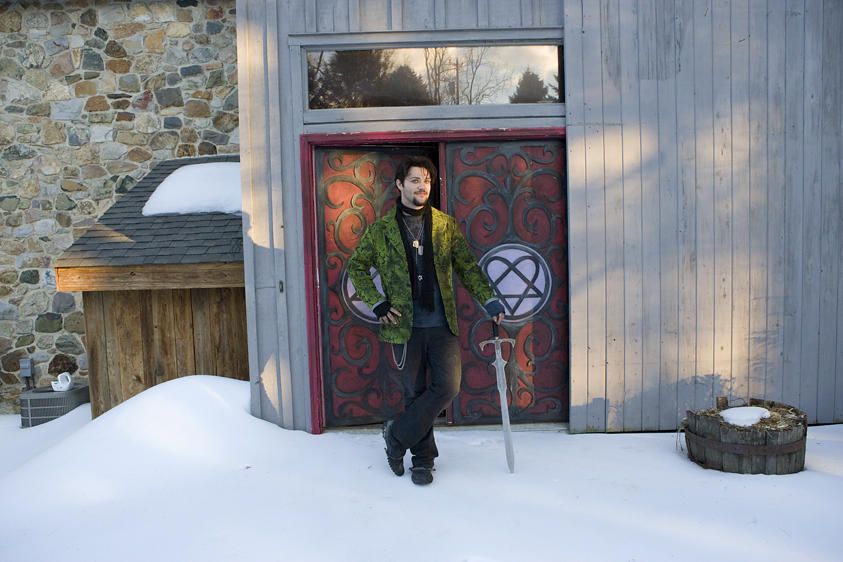 Brandon Cole "Bam" Margera in front of his "Castle Bam".Bam is a professional skateboarder, reality television personality and daredevil. He released a series of videos under the CKY banner and came to prominence after being drafted into MTV's Jackass crew. He has since appeared in MTV's Viva La Bam and Bam's Unholy Union, both Jackass movies, and Haggard, which he co-wrote and directed. 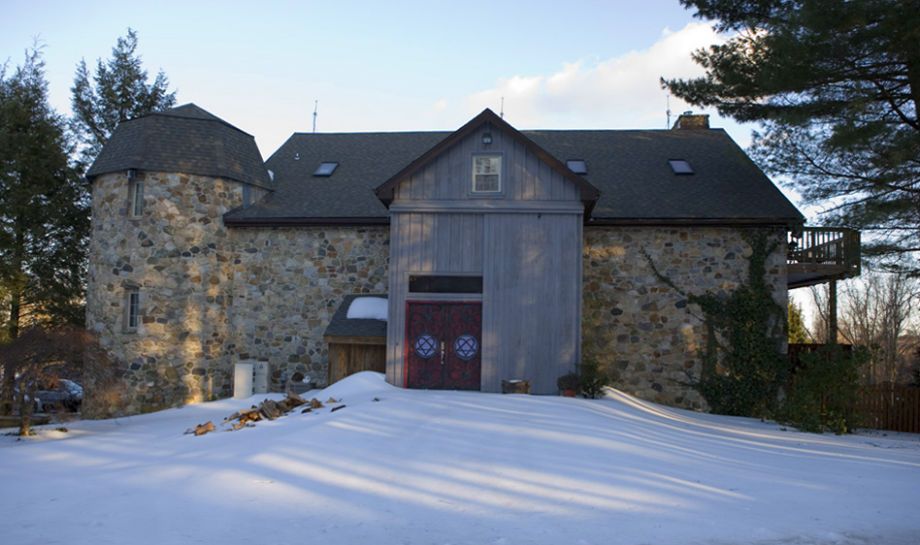 "Castle Bam", a large house near West Chester, PA. The house has a gothic theme, a skatepark in the driveway and is situated on 14 acres of land. 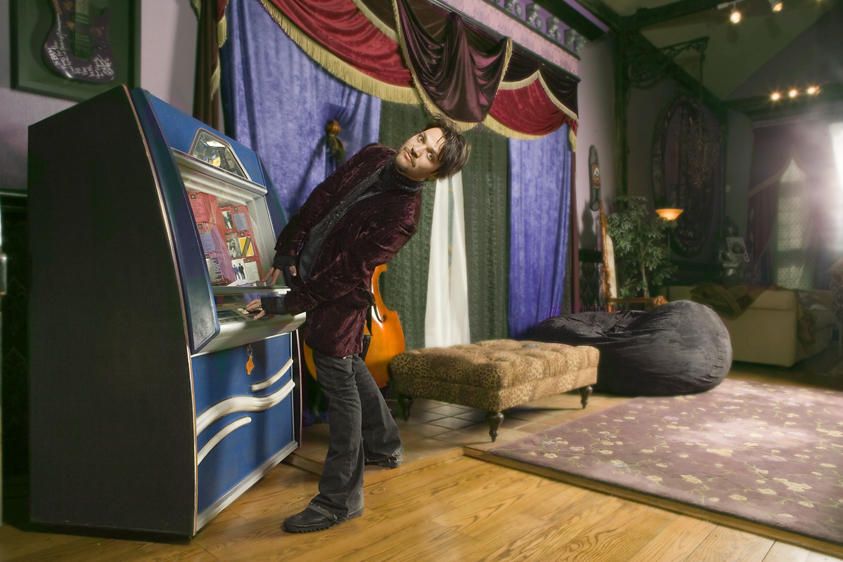 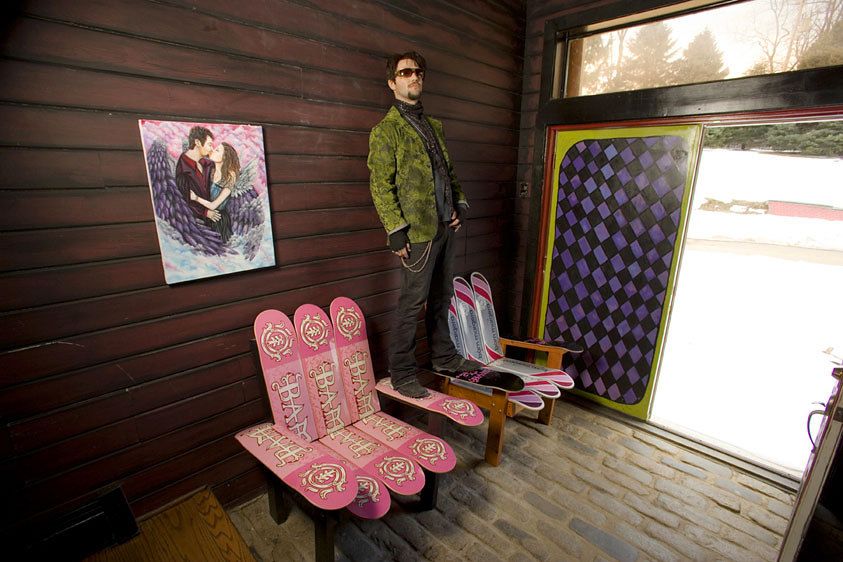 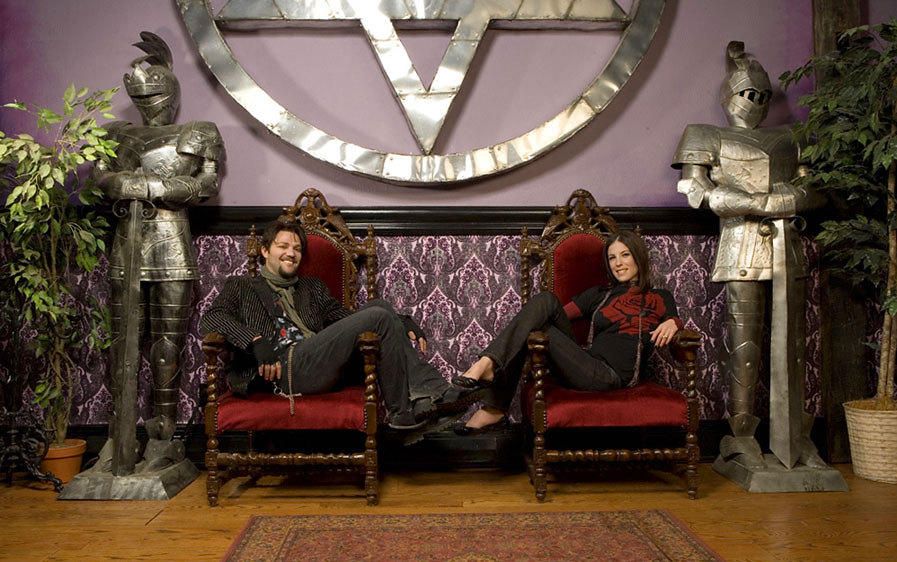 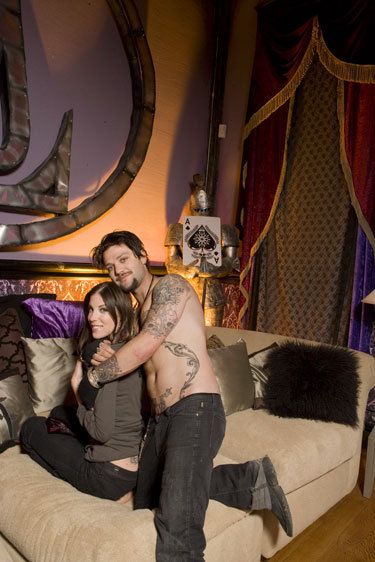 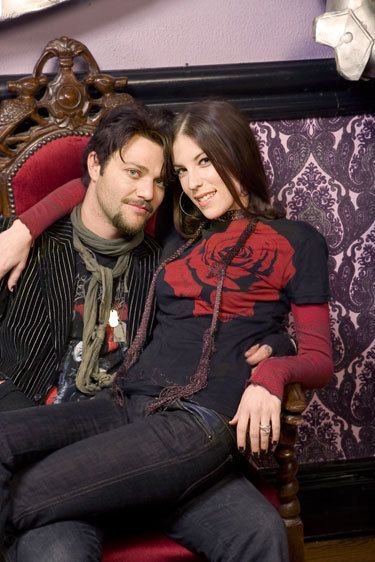 Missy (Melissa Rothstein) and Bam got married on February 3, 2007, in downtown Philadelphia, with about 350 friends and family in attendance. The couple's honeymoon was in Dubai. 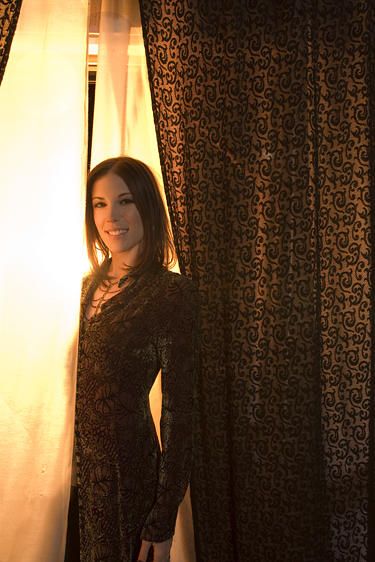 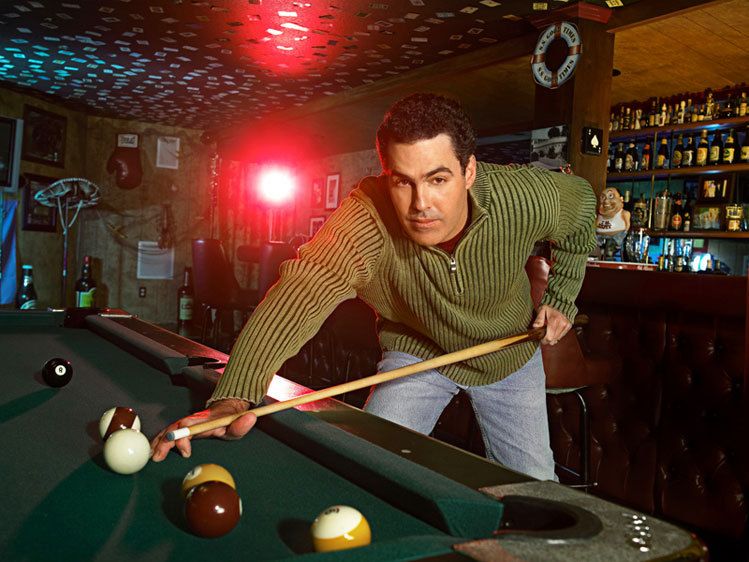 In his own bar next to his pool.Adam (born May 27, 1964) in Philadelphia, Pennsylvania) is an American comedian, comedy writer, radio personality, television personality and actor.Carolla began his first original television series with The Man Show, along with partner and close friend Jimmy Kimmel, on Comedy Central from 1999 to 2003.Carolla currently hosts The Adam Carolla Show , a weekday morning radio program broadcast from Los Angeles and syndicated in eleven west-coast markets 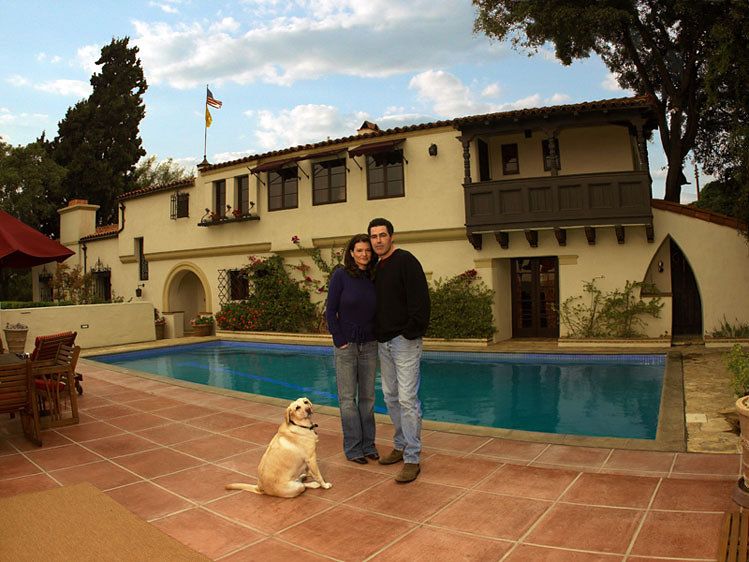 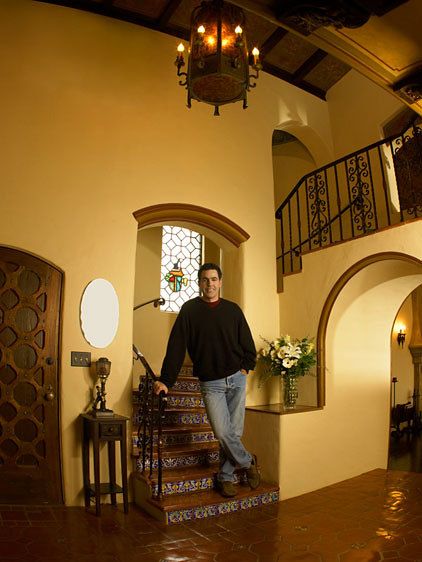 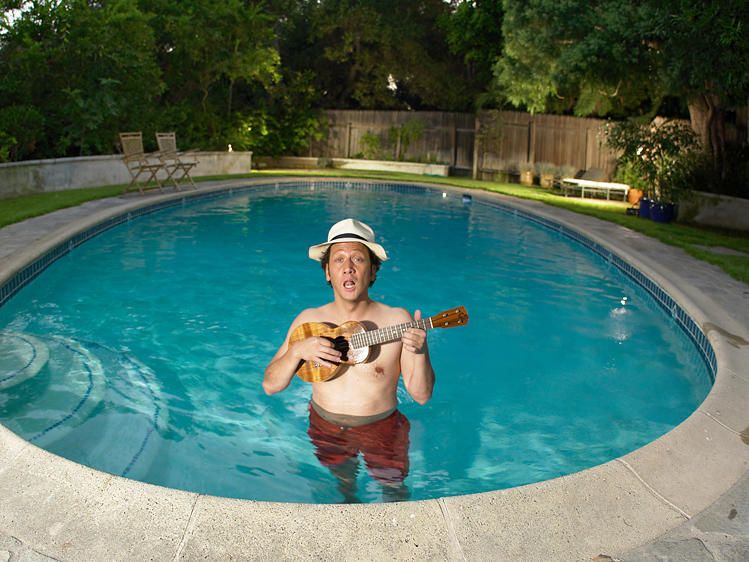 At his pool in of one of his houses in South California.Robert Michael Schneider (October 31, 1963) is an American actor, comedian, screenwriter and director. From 1990-1994 at SNL, he played such roles as "Tiny Elvis" and "ORGASM GUY" His best known recurring character was "Richard Laymer".Since then he went on to a career in feature films, including starring roles in the comedies Deuce Bigalow: Male Gigolo and The Hot Chick. 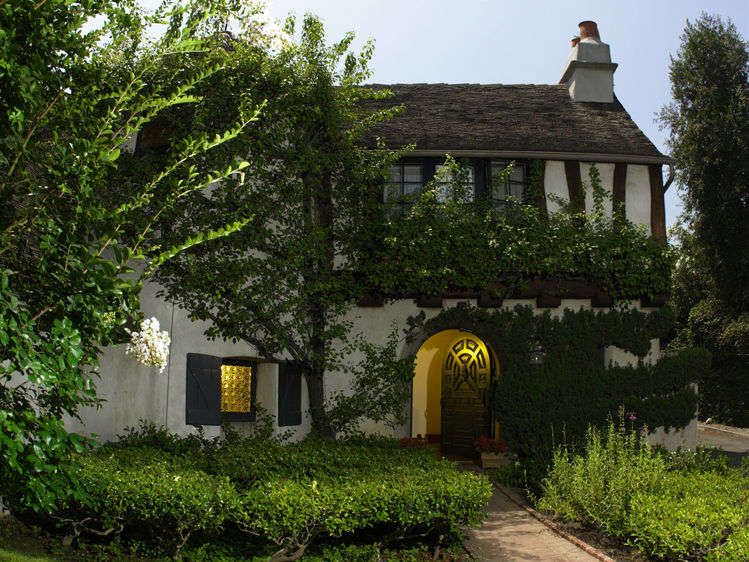 The entrance to Rob Schneider's house near LA 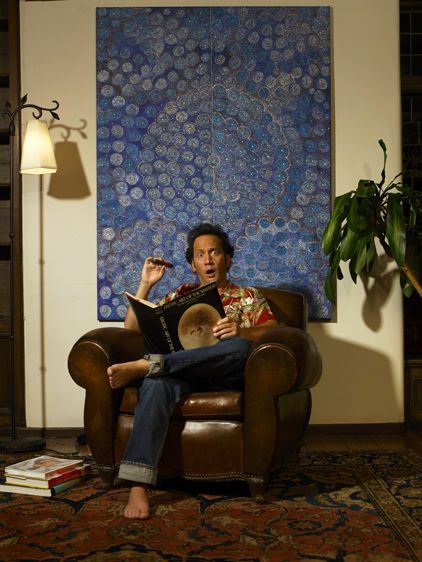 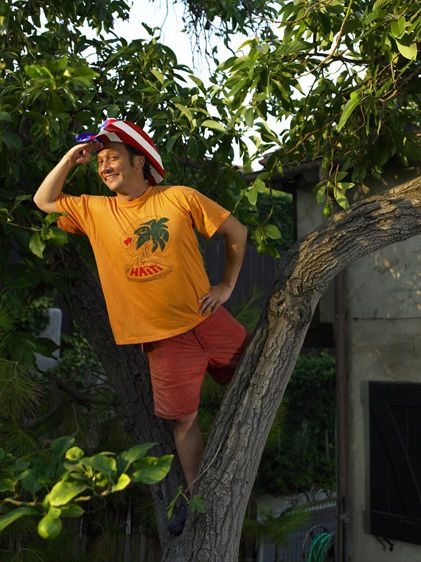 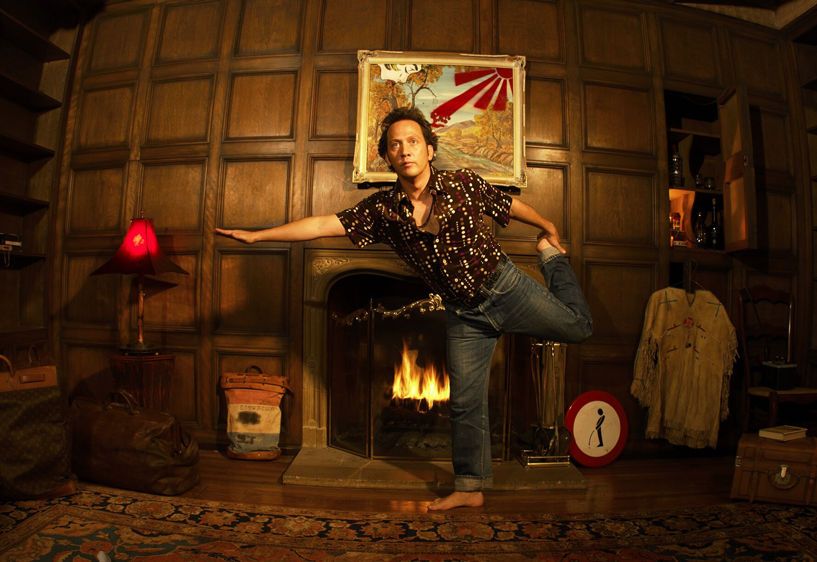 The sign of the "No Peeing Allowed" is a souvenir from one of the locations in Amsterdam (near a canal), where he waa filming the movie "Deuce Bigalow: European Gigolo"in 2005.Rob had to pay a $1,500 fine for having the sign snatched.The painting behind him is a part of a series of an artist titled ""Unwilling Collaboration", in which the painter is adding art work on exising work he purchases, usually in flea markets. 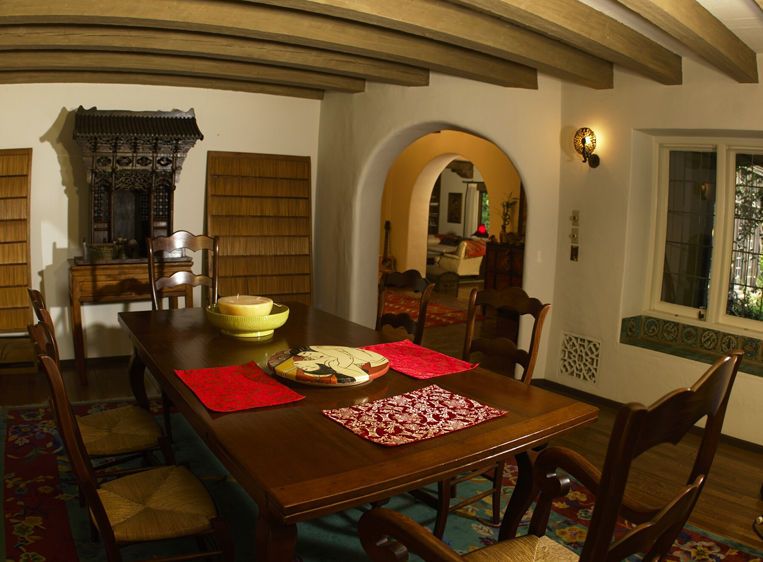 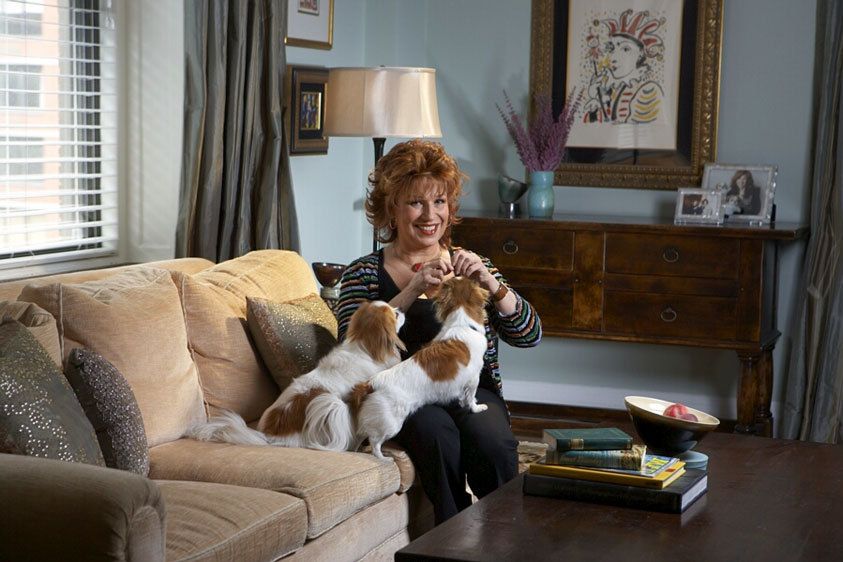 In her appartment in NYC.Josephina Victoria "Joy" Behar ( born October 7, 1943) is an American comedian, writer, actress and co-host of the talk show The View. 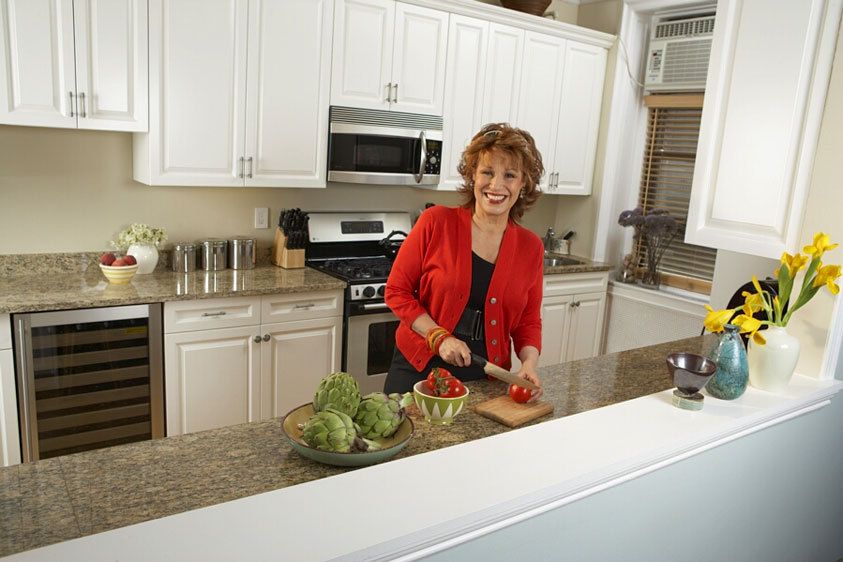 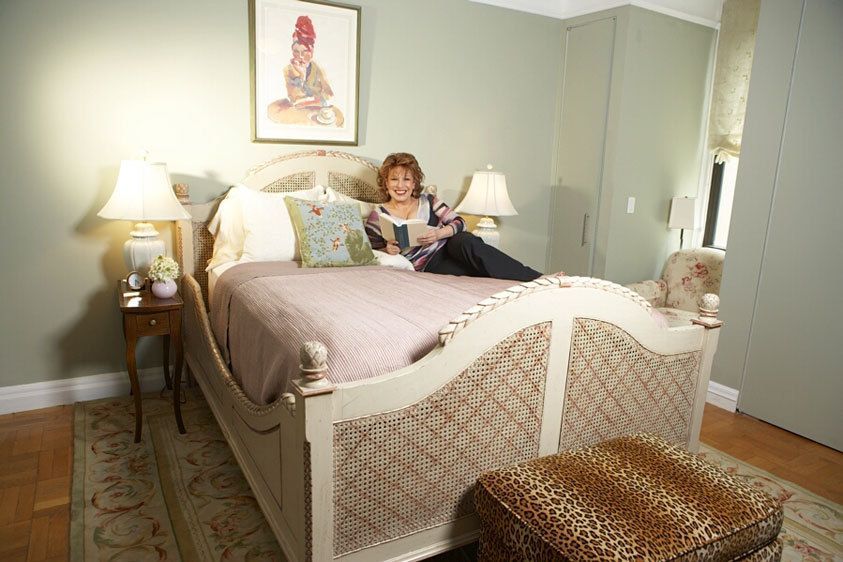 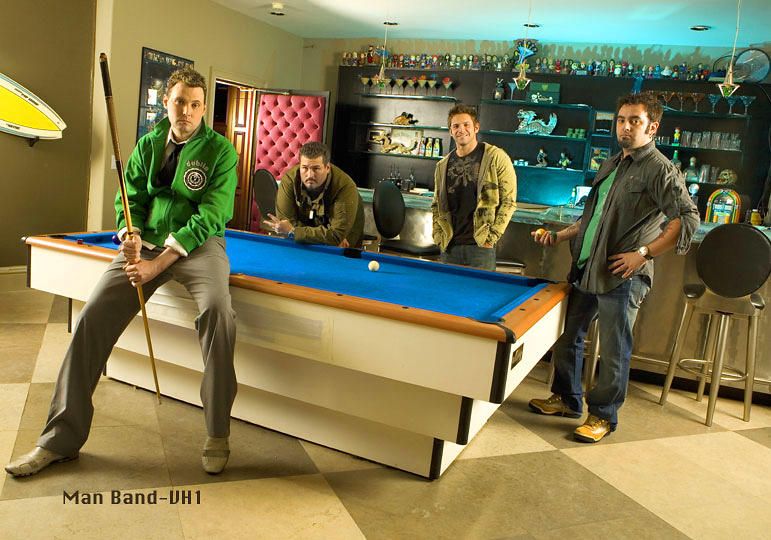 Also known as "SureShot", Totally Boyband and Band of Men is an American reality television series that first aired on VH1 on August 6, 2007.The band was created with 4 formerly boys bands members.The show was filmed in Chris Kirpatrick (formerly of *Nsync) home in Orlando, FL. 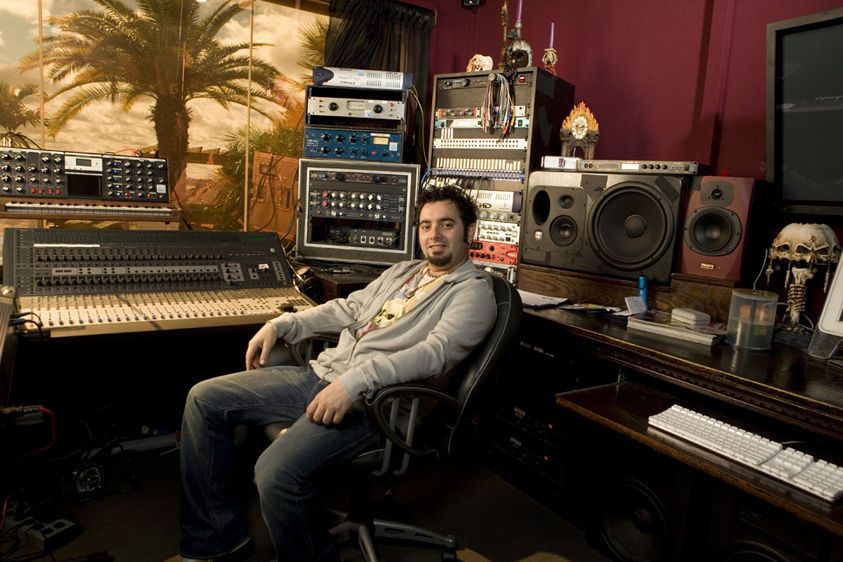 In his home music studio.Formerly, a member of the band *Nsync 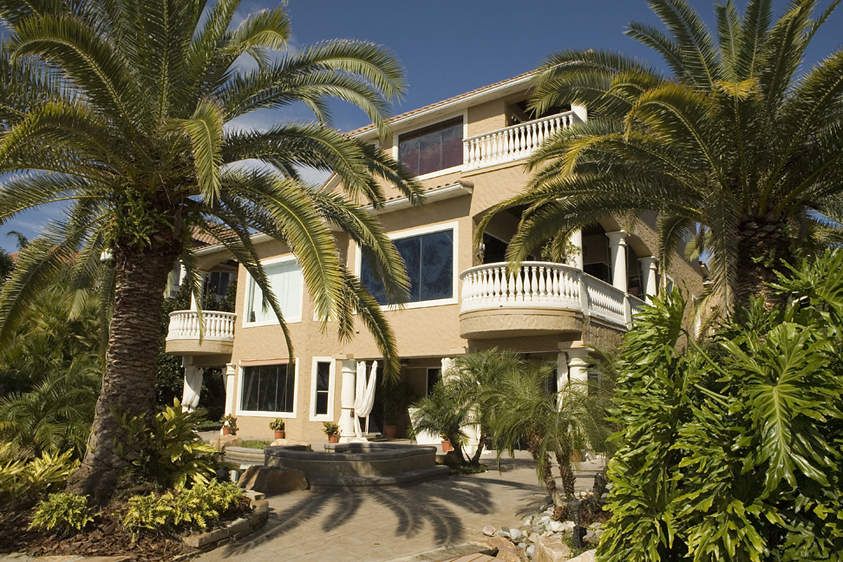 The view from the back of the house (where the pool and the Marina are ).The windows were covered with colored gels while the reality show was filmed there, since the TV crew used Tungsten lights. 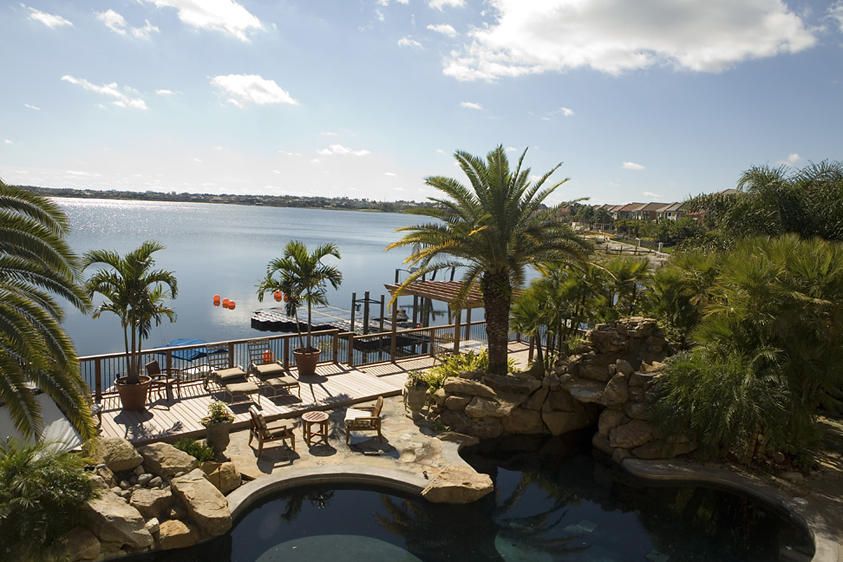 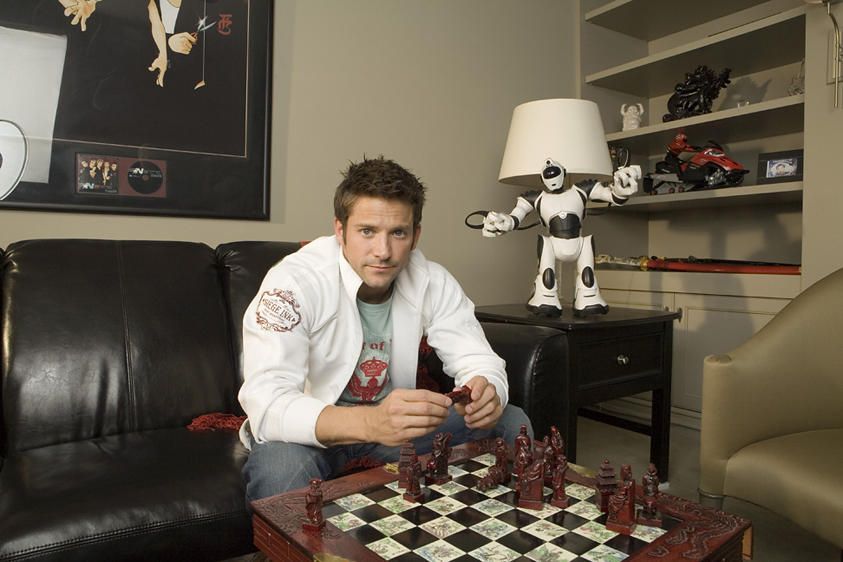 A member of Man Band.Jeffrey Brandon Timmons (born April 30, 1973 in Canton, Ohio) was the founding member of the pop group 98 Degrees, which sold over 10 million records and charted eight top 40 singles. He has since worked as a solo artist. He is divorced and shares custody of his two children, a daughter Alyssa and a son Jeffrey Jr. 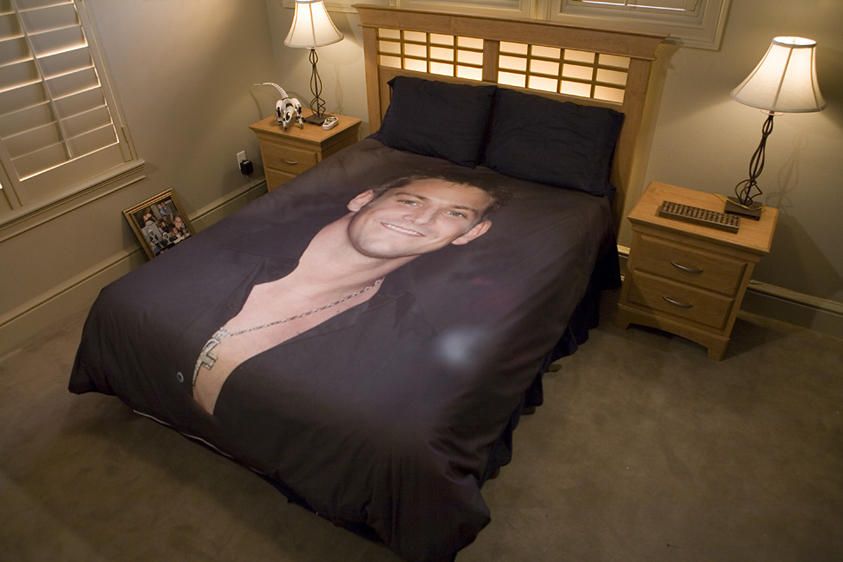 Jeff hated that spread, and told me he would burn it in the end of the filming.The rest of the band "Sureshot" had also bed spreads that were bearing their portraits, as a prop of the show.